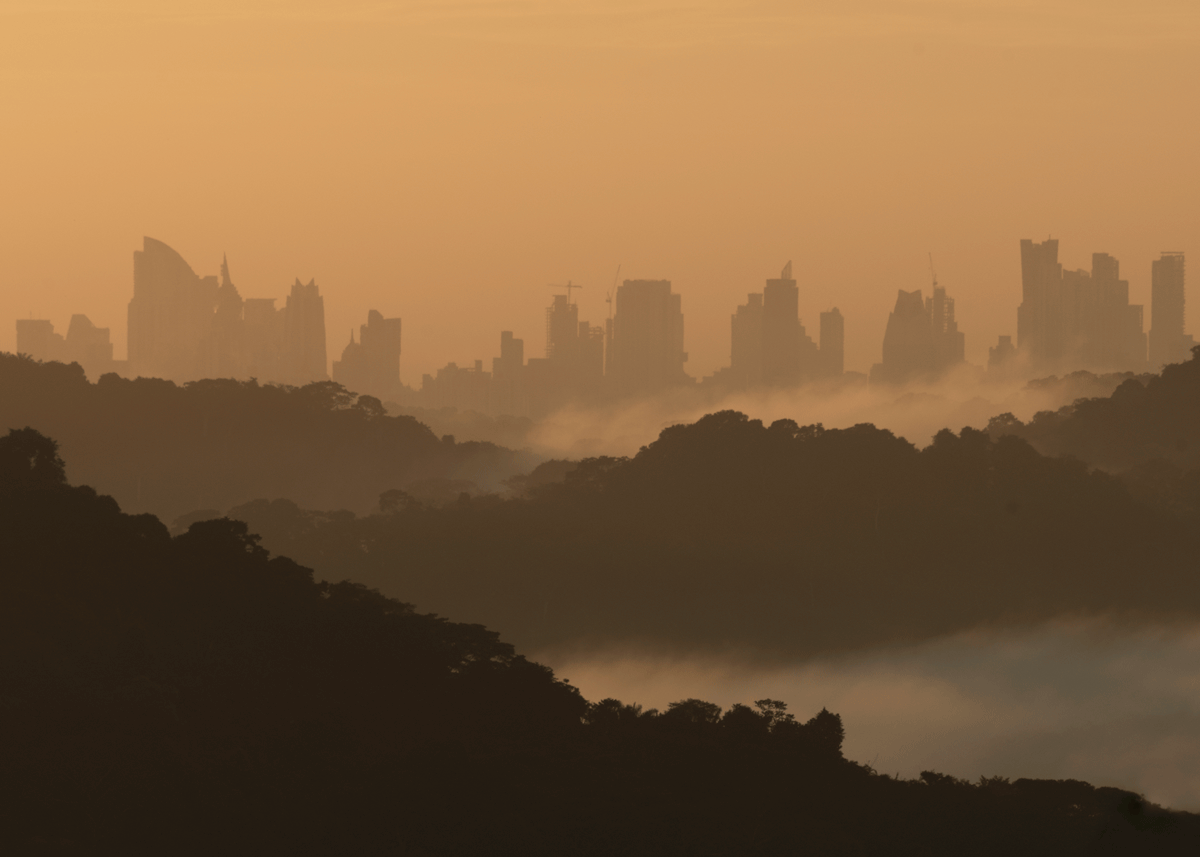 I think of silhouettes in photographs as sketches. The light is the page, and the shadow the pencil mark. When shooting landscapes a photographer often strives to render an image with clear detail from front to back. However a lot of detail is not always needed to create a meaningful image. Just enough triggers recognition, and the viewer’s imagination will fill in the blanks with her own experience. Silhouettes happen when the subject is backlit, creating shadow in the front.

When I photographed this scene, I was going for a silhouette. I was aiming for something entirely different.

I picked this location for this scene. Well.. also for the many birds in the area, and photographing birds gives me the greatest joy. I was on location for this photograph before the sun came up. Tripod set up and camera ready for shutter speed changes as the day grew brighter. I wanted to emulate a number of wonderful landscape photographers whom I know and who’s work I am familiar with. I had the image of the Panama skyline rising clearly above the dense jungle hills. All the elements would be visible and as the sun rose, it would make for a colorful and magical scene, and the final photograph would not only gain applause from my landscape friends, but I would have an image of Panama that I could put in my store and it would appeal to others.

The thing is, sometimes, when you are looking for something you want to see, you risk missing what the world wants to reveal to you.

As the day arrived, the sky lightened to reveal heavy fog and a cloudy sky. As the day grew brighter the haze was more visible. I image I wanted was further and further away from my grasp. Because I had an idea of what I wanted to go for, I didn’t immediately see this shot in my set. Instead, I worked on processing my later shots that had more light. Being hazy and socked I didn’t get the clarity I was going for and the resulting images didn’t come anywhere close to acceptable. Regardless, I posted a highly processed version of this scene in my Arcanum cohort to receive creative feedback and direction from my colleagues. In spite of all my playing around, the image was flat and uninteresting.

When my mentor Robin Griggs-Wood pointed out, “the real world isn’t always as interesting as the creative one”, I knew I had to let go.

Returning to the photos in my set a few days later, with eyes that were not looking for anything, I saw this magical scene. I was so attached to having an image that would impress, that I had missed the image that speaks to my soul.

The moral of the story. Know what you want and be prepared to let it go so that you can be present to the moment. 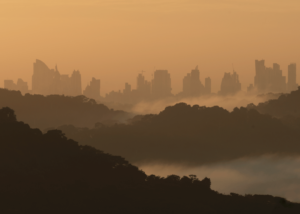 About the image:
‘Concrete Jungle’  by Jamuna Burry

The skyline of Panama City is visible above the top of the jungle canopy. Early morning sunlight is filtered through the rainy season cloud cover and jungle mist.

Knocking on the Creative Door

The Tools in Your Toolbox