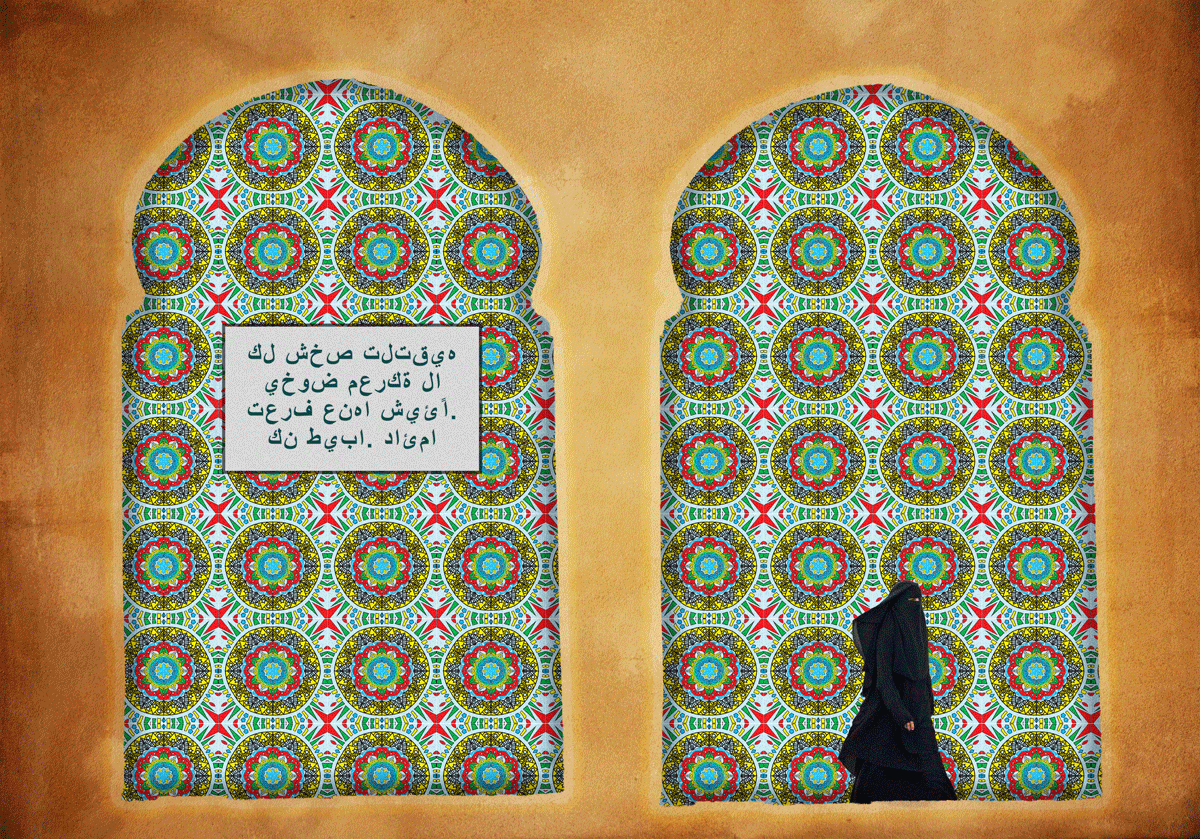 Woman in a burqua walks with tiled designs in background

I grew up in Karachi, Pakistan and as my family was Catholic, I was not subject to wearing a full burqa. However, as a thinking, curious and passionate female human, I would grow up to be symbolically burqa-ed by family, religion and society. To be honest, I don’t know how much of that belongs to me, as opposed to what has been done to me, as being an introvert, my preference is to stay quietly in the background. Nonetheless, I feel it is a global truth that women, tend to hide their true personalities and creative impulses. When they don’t, they are often judged harshly.

My life journey is about finding my voice, while holding respect and compassion for the past. I have worked hard to let go of many limiting beliefs and while I am no enlightened being, I work to choose the thoughts and ideas that define me. It is a daily battle, and I don’t always come out on the winning side, but it is a war that must be waged.

About the image:
MOROCCO MASALA by Jamuna Burry

This image is a composite. It is inspired by a trip to Morocco. I was taken by the intricate tile work seen in the buildings, the strokes of the Arabic calligraphic writing, the clay colored cities and arched doorways. The people I met in Morocco were honest and kind. They seemed to live from a foundation of history and wisdom.

Open corridor windows show a colorful tile background wall. A burqaed woman is seen walking in the open window. She is covered in black dress from head to foot, in the Islamic style. The Arabic text on the wall reads, “Everyone you meet is fighting a battle that you know nothing about. Be Kind. Always”.

The background tile is my own design, created in Illustrator. It is inspired by the beautiful and intricate designs I saw in Morocco and in Spain and Portugal.

The woman in the second window was walking on a Morocco street, when I photographed her.

The writing in the window is from an Arabic quote that says, “Everyone you meet is fighting a battle that you know nothing about. Be Kind. Always”. I am not sure if this is written in the Arabic script properly. I copied the English words into Google translate and used the script from the results. I am hoping a native Arabic speaker will review this for me, at some point.

The shapes of the windows are created by a photograph of a door, the shape of which is common to Moroccan doors and arches seen in many places.

The clay wall, is simply an image texture. It is used to achieve the clay color, which is common to buildings and houses in Morocco.

Do What You Love!