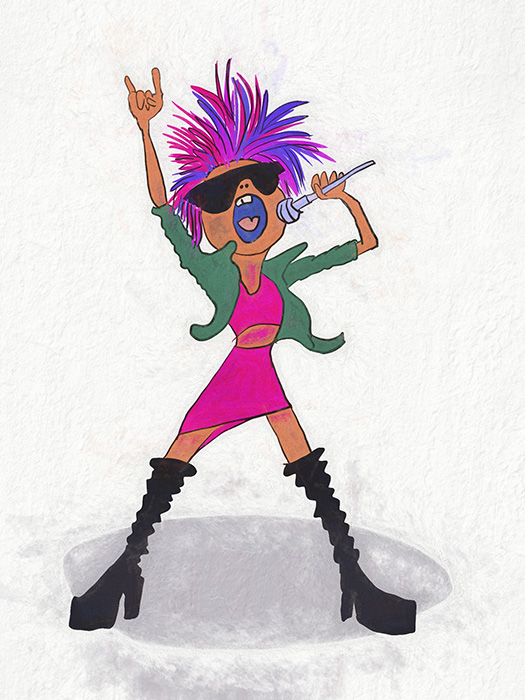 When I go out into the world to do daily things, my capability is higher than my audacity. It’s just the way I happen to have turned out.

I have friends who have turned out the opposite. They tend to have more audacity than capability. I’m sure you know someone like that.

This phenomenon is especially prevalent when it comes to speaking a  foreign language.

A good friend of mine has a little language and a lot of audacity. With that, she makes her way through complicated communication situations. Watching, all I can do is shake my head in disbelief and wonder.

I, on the other hand, have more language and less confidence. I tend to stumble around, getting caught on words, and often end up frustrated and without resolution. A lack of confidence gets in my way.

The difference between us is that my friend has her eye on the outcome and dares to use every tool she has to get there. While I am looking to do it right.

I think it is safe to add ‘audacity’ to the discussion of Talent vs. Skill. I like to call this ‘Jagger-ing It.’

You see, I never thought Mick Jagger was an outstanding singer, nor did I think he was very good looking. I often imagined that in his early career, people pointed out his shortcomings. However, he had a unique style and the audacity to put it out there.

I went to a Rolling Stones concert some years back, and there were three generations of fans. Children, parents, and grandparents.

So, don’t wait until your ducks are in order. Just get out there and ‘Jagger it!’

Art and the Artist