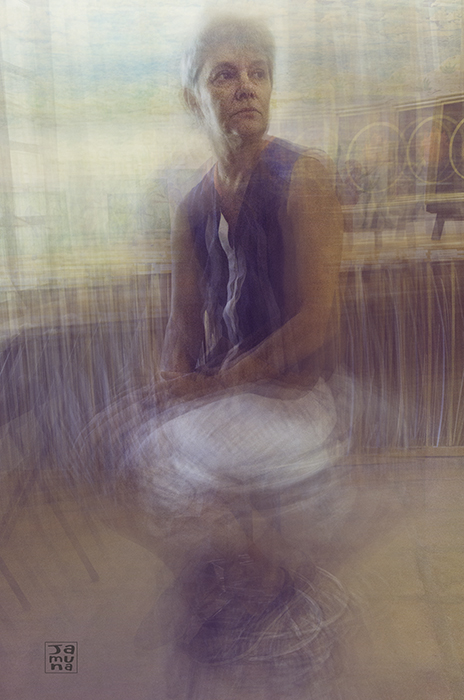 Marcel Duchamp, the French-American painter and chess player was always pushing the boundaries of perception. He came up with the term ‘Infrathin.’ While he never fully defined it, he left us with this example to play with: Infrathin is “the warmth of a seat that has just been vacated.” Other people have followed-up with examples of what infrathin might be. The smell of a mouth that has released tobacco smoke; the swoosh of an email being sent.

I see Infrathin as the rapidly fading trace or aura of something that was. It is not as permanent as a cave painting, or a hangover. It is a momentary trace felt by the senses. Like, the qualities of wine appreciated after the sip; the glow of sound that fills the auditorium after the music ends and before applause begins; the light spots you see after you stop looking at something bright; the warmth left by a touch after the hand has pulled away; the smell of fresh baking after the cookies have left the oven.

Infrathin is the echo of presence saying, I was here and life is temporary.

The image is a multiple exposure of my good friend Linda Baslick as she spun on a stool.

The Forensics of Art