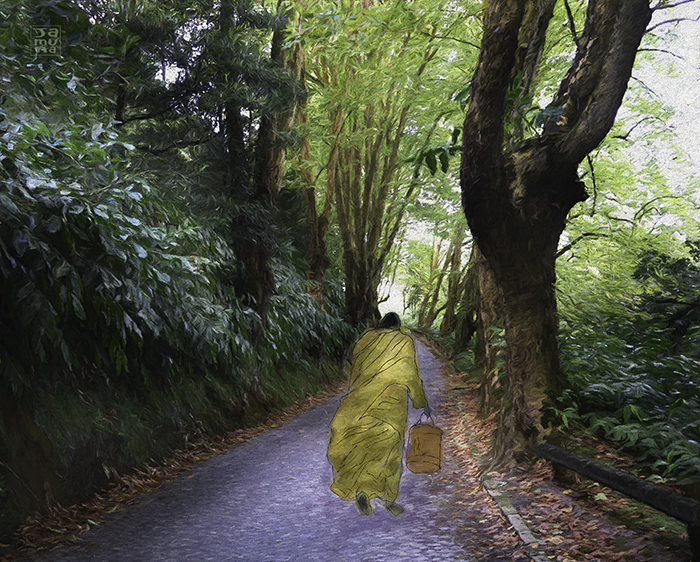 Layman Pang, a Buddhist who lived over a thousand years ago, is credited with the modern saying, ‘Chop wood and carry water.’ It has been translated into English in different forms, ‘Hauling water and carrying firewood’ or ‘Drawing water and chopping wood.’ The words speak of a simple practice that builds the foundation of mastery. A modern-day example of this is Mr. Miyagi’s ‘Wax on, wax off’ in the movie Karate Kid.

The Zen Buddhist tradition lets go of the greater reward to take gratification in the task’s practice. It turns a simple act into something sacred.

Imagine making something sacred, like doing the dishes after the family meal. Can you see yourself letting go of the drama around it? Forgetting tiredness or resentment or whose turn it is?

I can’t. That is too difficult a task to accomplish.

It is much easier to think of doing something that I want to do daily, like writing or making art. It is also helpful to know that the practice is developing mastery.

This blog is my version of ‘Chop wood and carry water.’ What is yours?

Peter The Bee Brings Joy to Me