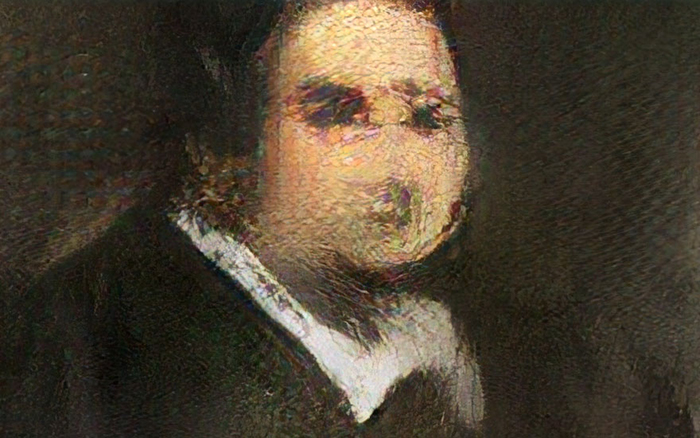 Artificial Intelligence is the next Moon Landing. Only it isn’t a singular event that the world watches unfold. It has already happened subtly in the background, but not slowly. We have been steeped in it’s presence to such a degree that we are dependant on it and have expectations of it. For example, when I speak into my phone and ask Siri what restaurants are in the area I happen to find myself in, I expect her to know where I am, list all the restaurants, rate them, and show me how to get there. Wow! Barely 20 years ago, a cell phone that stored phone numbers was considered advanced.

AI is creating the world, so it was just a matter of time that it would start to make art.

Yes, fractal generators have been doing that for a long time now. But I’m talking about a machine studying generations of art and producing new works based on what it has “learned”. Machines can create art on-demand, without drama, without insecurity, and without dark nights of the soul.

In 2018, Christie’s Auction House in New York sold its first AI-generated “Portrait of Edmond Belamy” for $432,500, and sites like Art AI are doing a good business selling AI-generated artworks.

I think true art break boundaries, pushes barriers and rails against convention. It always arrives before anyone is ready and sits on the grey line of controversy.

The question is, is, do you consider AI as an artist? Can a machine be creative?

What are your thoughts?

The Juxtaposition of This and That