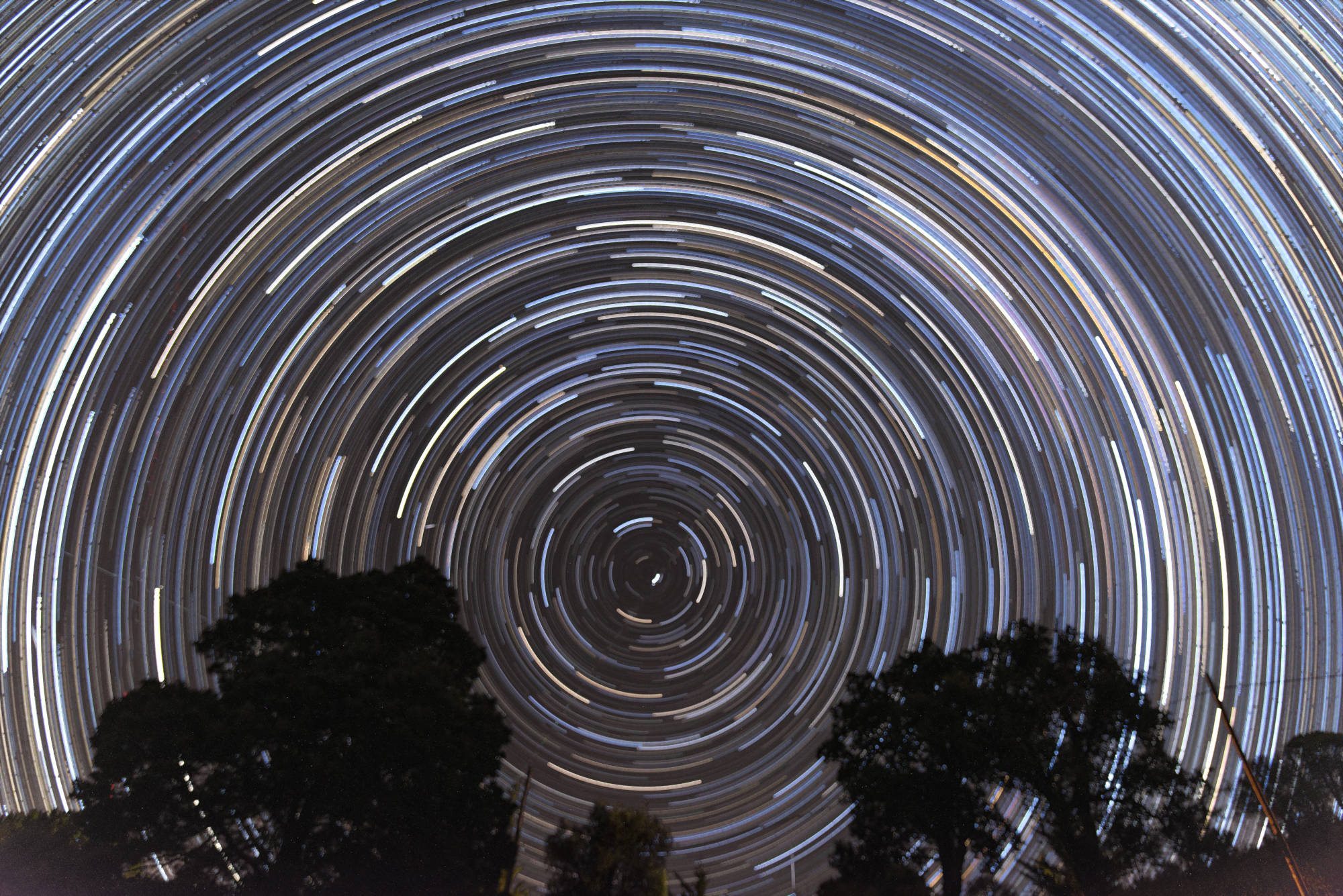 One of the most amazing things to photograph is Star Trails. In essence, it is a photograph of the Earth’s spin on its axis – as shown to us by the night sky.

Capturing a picture like this gives me pause to remember that the Earth is spinning close to 1000 miles per hour. Yet, we don’t feel it because the motion is constant, and everything is spinning simultaneously – just like being on an airplane.

Even so, there is a sense of awe in capturing a picture of something mysterious and unseen.

Richard and I were at a remote cabin in Algarve, Portugal. It was far from population and light pollution from towns and villages. Moreover, the month was close to the New Moon, so the sky was darker, and the absence of clouds provided even better conditions.

I used a compass to determine True North and pointed my camera on a tripod to the sky. As I didn’t have a wide-angle lens, I used my kit lens at 24mm, focused on infinity.

I used a CamRanger Mini to control the camera and time the shots. It was set to take 300 photos at a 31-second delay. I set up the equipment, took a couple of test shots, then set up the timer and went to bed.

Once done, I used StarStaX to generate the final image from the 300 shots.

Later, I realized that I should have set a longer delay – to give the camera time to take the shot and ready itself properly for the next one. Even though I did get the full 300 shots, there is a bit of a jagged edge on the outer trails. This was caused by the camera taking longer than 31 seconds to get to the next shot.

Regardless of the missteps, I’m pleased with the results as I feel a sense of vastness and smallness as I consider the things we know and the things we don’t know as we travel through time on this great big spinning ball.

The Flower of Life