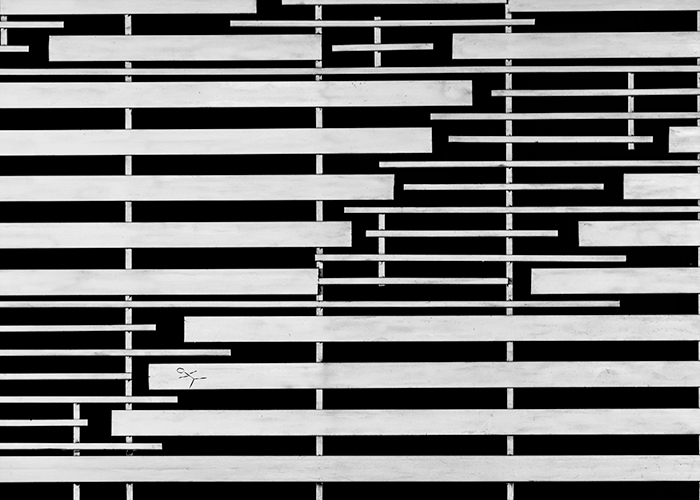 When we look at an image, the mind likes to make connections to see a whole concept. Leading lines help this happen by creating a continuance between the main subject and other elements in the photograph.

In photography, lines are compositional tools that guide the eye. Photographers use them to bring attention to key areas in order to tell a story or create an emotion.

Leading lines are so-called because they ‘lead’ the eye. An unobservant photographer will often have unintentional lines that pull attention away from the main subject. Or worse, create unintended meaning.

In photographs, lines can be created by areas of saturation, brightness, darkness, and things that are in focus. These can be used to draw attention to a subject or their effect might need to minimized in post-processing.

The direction that a line travels in has some fundamental connections in our subconscious. Artists use the line’s movement to create compelling images.

Examples of Lines in images.

The stalks of grass create Vertical Lines that act as pillars to the diagonal tops. They also fortify the meaning of the quote that accompanies the image. The rays of light coming in from the top left corner point to the subject and also act as leading lines here. Keyword: Strength

The horizon line and the line of figures walking across it create Horizontal Lines. The scene has a sense of grounded stability and peace. The figures appear to be walking in the distance. The low saturation in the image also helps to convey the idea of tranquility. Keyword: Calm

The angle at which these street light have been captured creates Diagonal Lines. The image carries a sense of action and imbalance, as if you are going to fall. Keyword: Tension

Curved Lines are gentle and soft. In this image the horizon curves the eye the brightest and most saturated area that has an area of interest. Keyword: Sensual

The top, bottom and sides of the frame form lines. Even though the lines don’t meet in the frame, we think of them as Converging Lines. These lines work best when used as vanishing points. A figure is placed at the point of convergence, aids the sense of depth and distance. Keyword: Distance.

There are three separate birds here. While two are connected by a branch, an Implied Line is made with the third bird by gesture. The two are looking with open mouths to the one who is looking at them. Their body language suggests connection. In this image, I feel that the shapes and brightness of the leaves in the top left area and the centre of the frame, are creating distracting lines. I can minimise their effect by using a dark vignette around the edges of the image, and lowering the highlights at the centre. Keyword: Relationship

Study other people’s images, identify intended and unintended lines. As your awareness of lines in images grows, so will your skill at using them. Leading lines is one of those fundamental elements of art that deepen with observation and practice.

Just as lines develop connections in your image, the image maker’s ultimate goal is to have the viewer complete the ‘line’ by connecting with hers.

I am writing the Elements of Art articles to deepen the learning from Robin Griggs-Wood’s Art Basic Challenges.

More on Elements of Art

The First Rule of Art